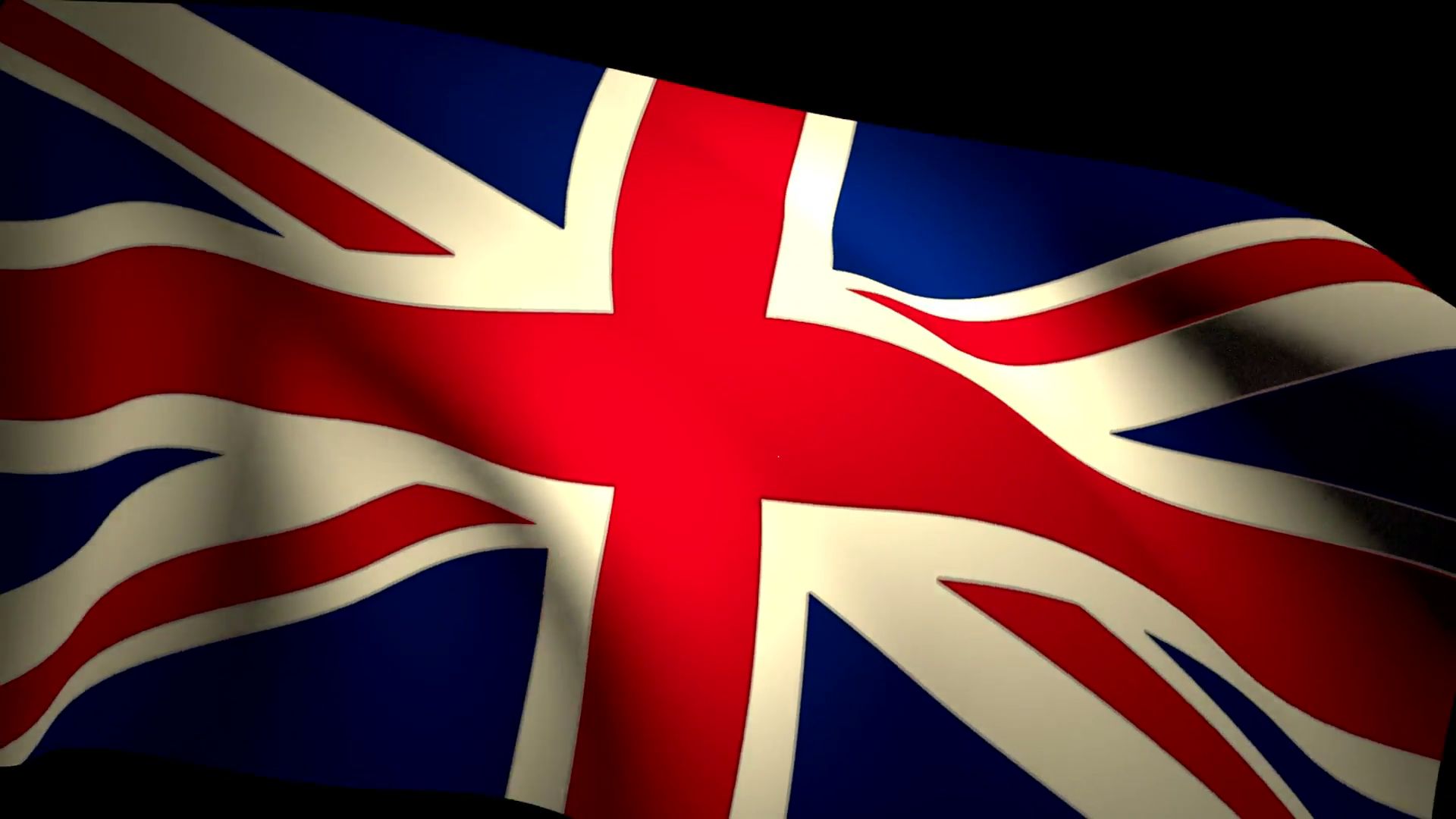 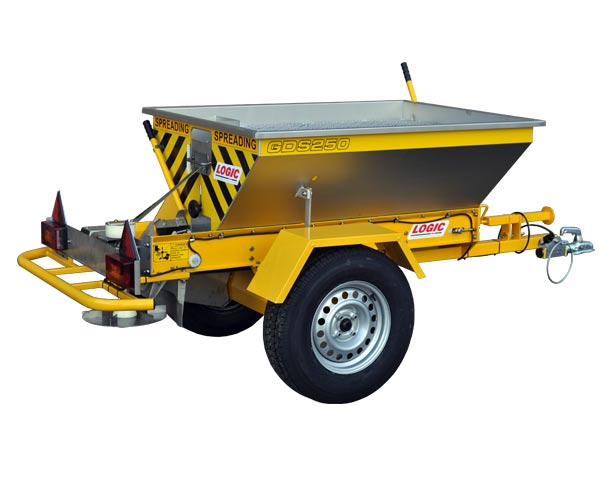 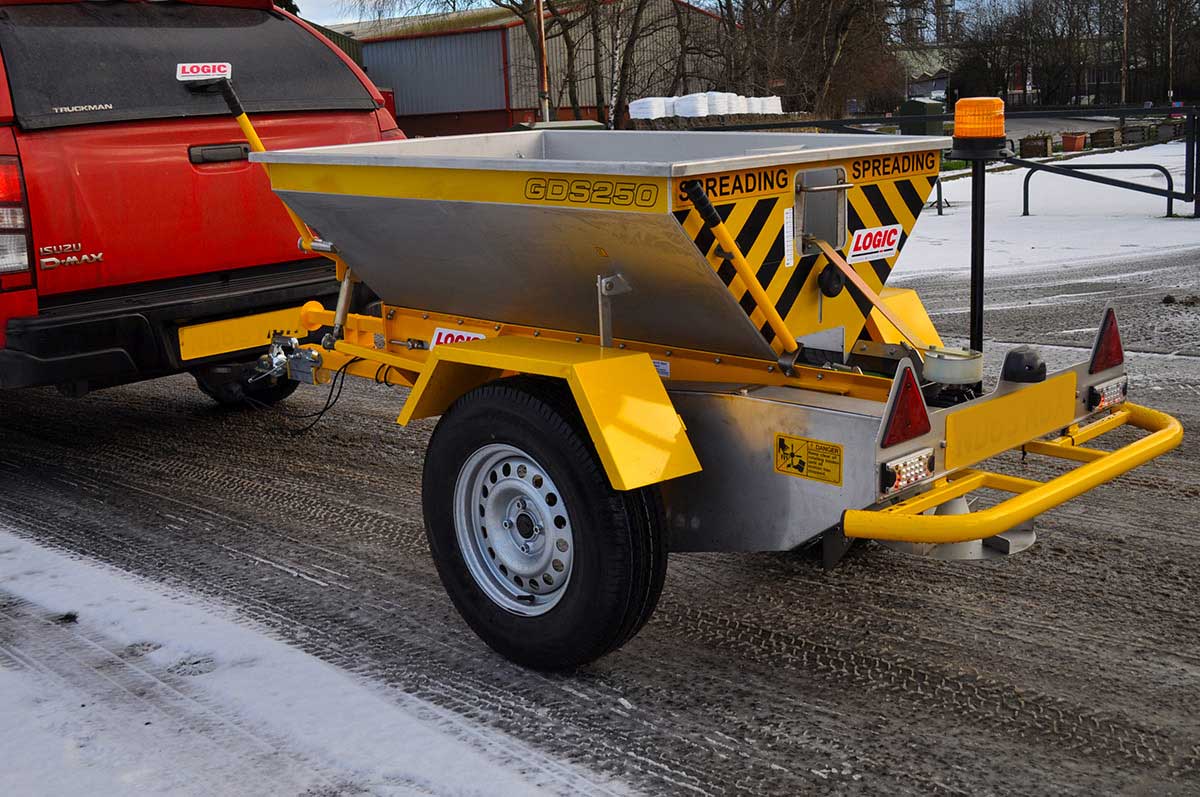 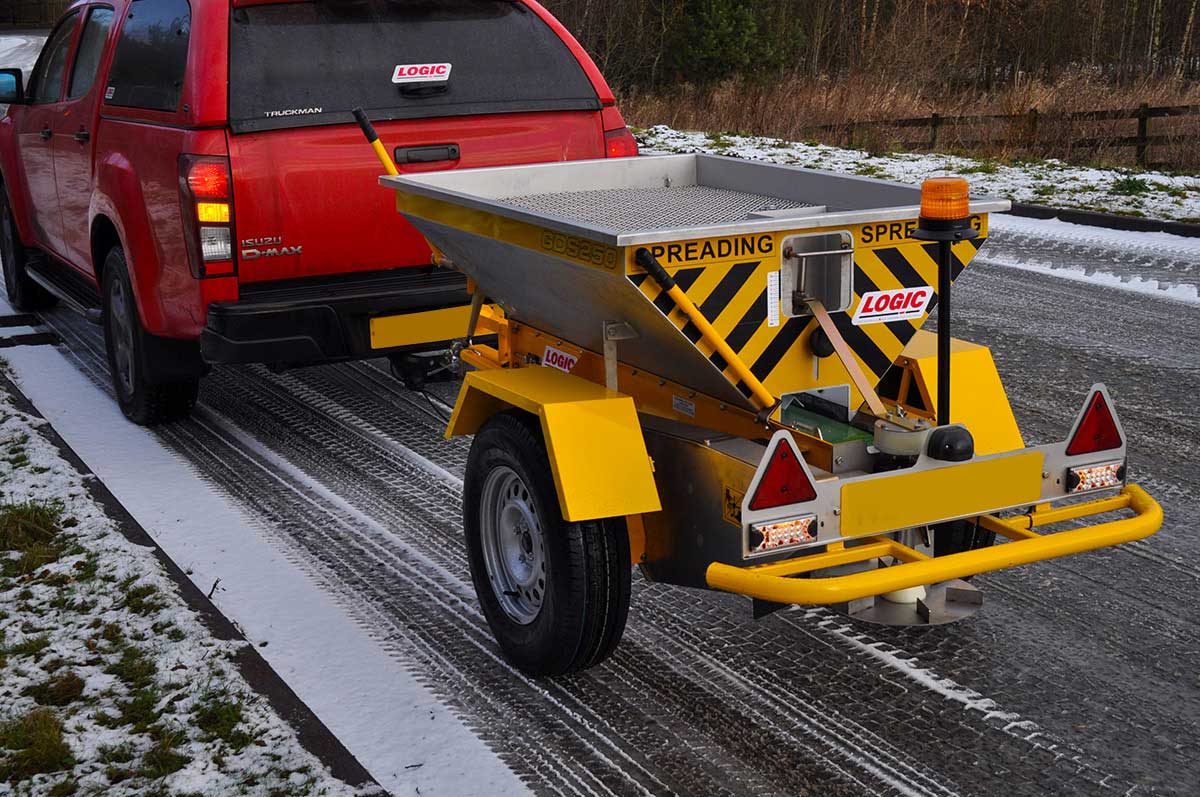 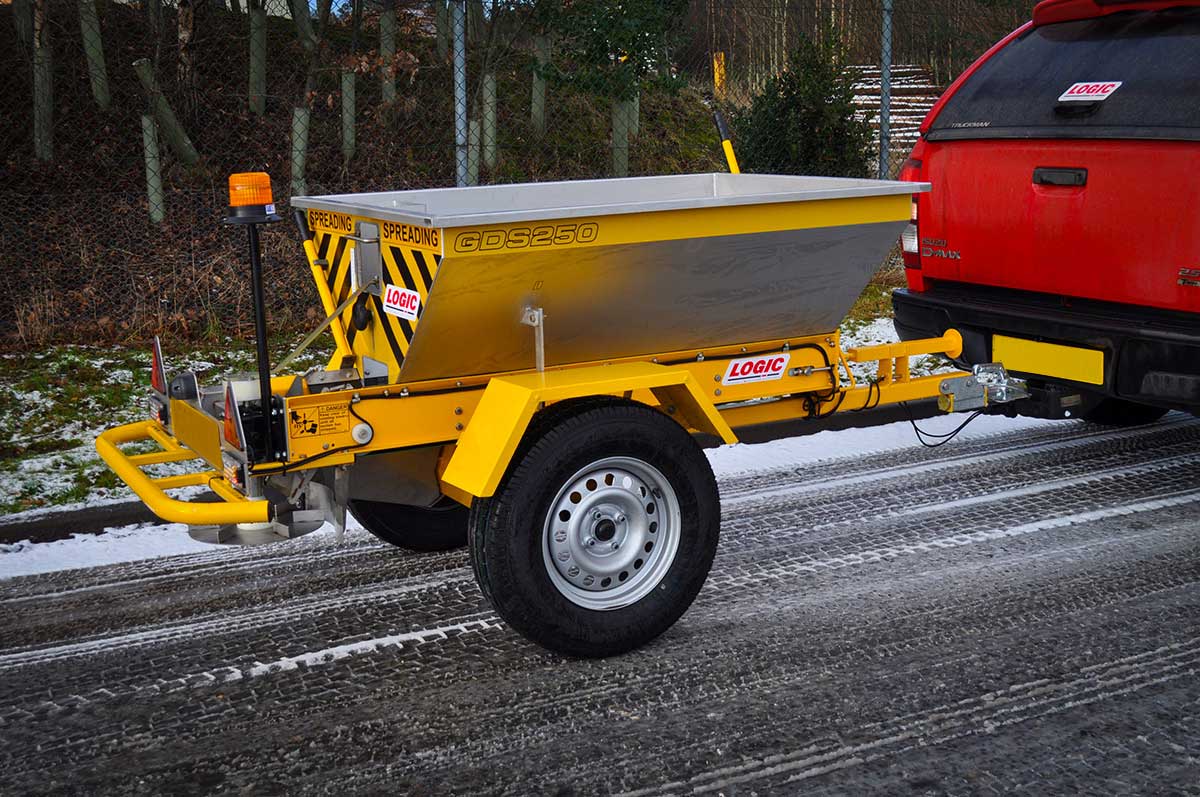 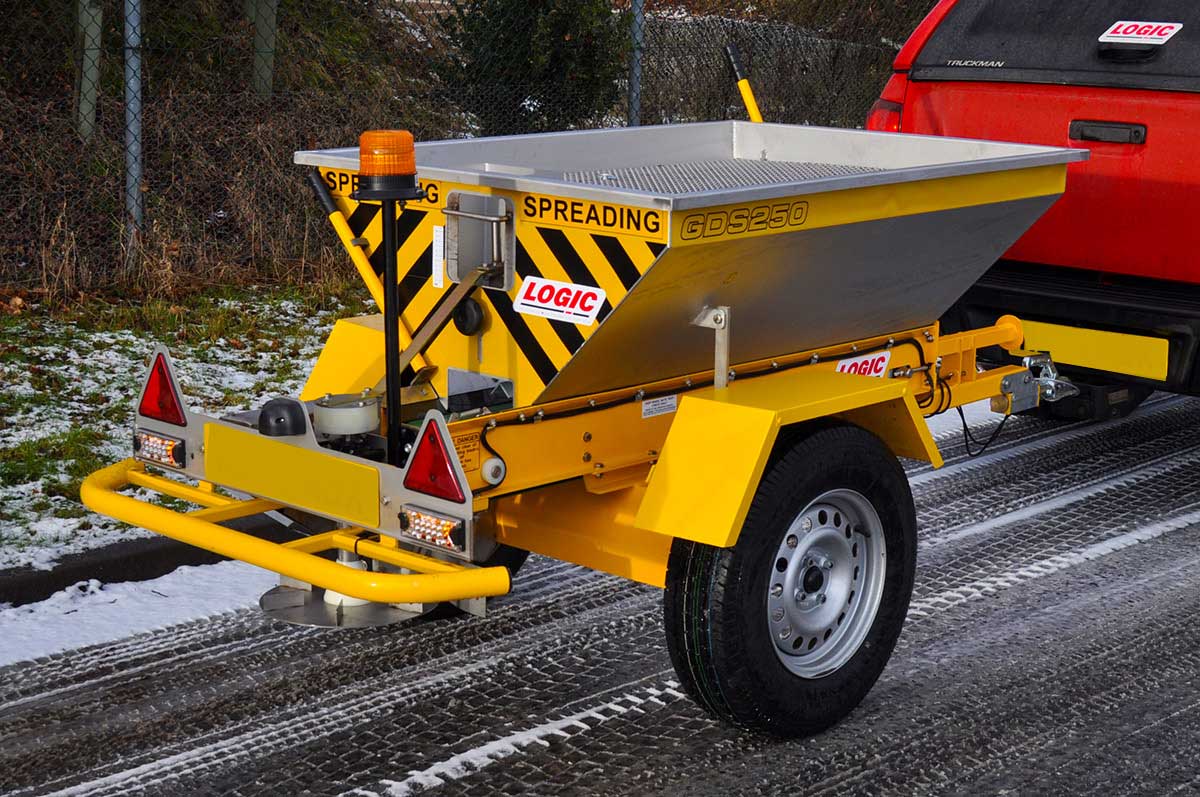 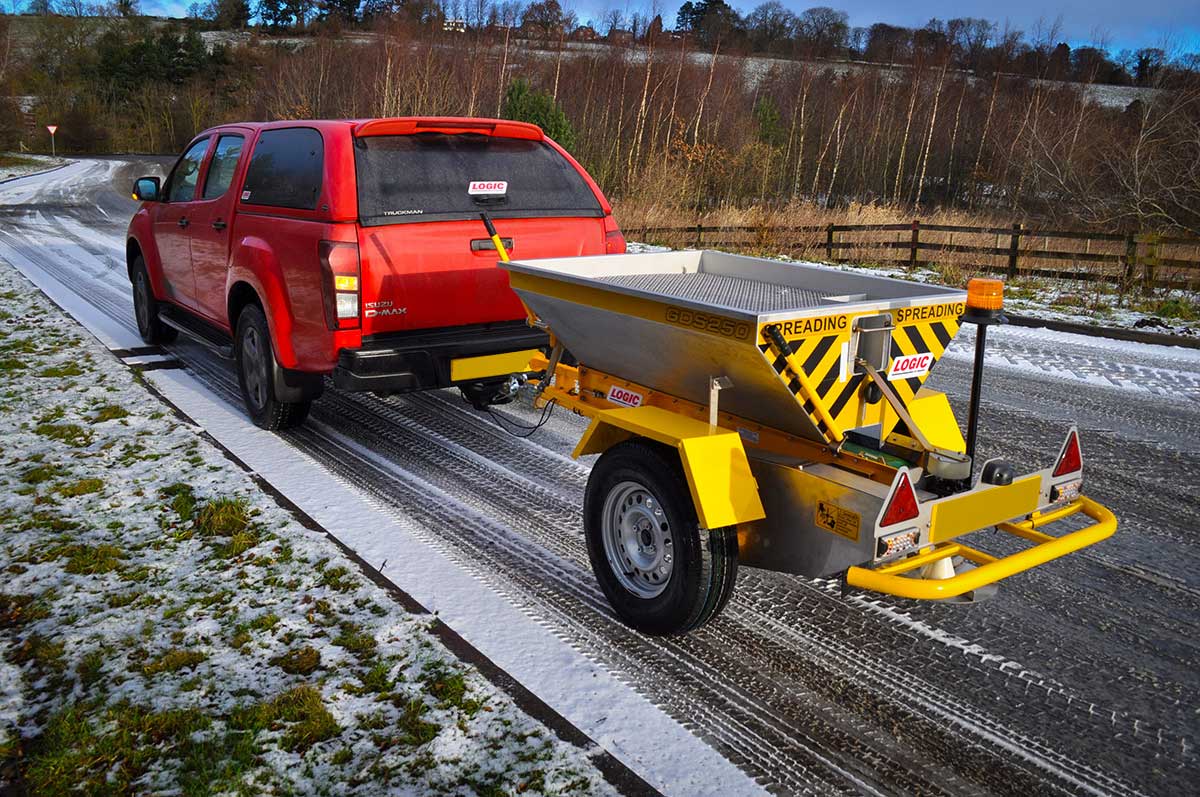 Since its launch in the late 1990s the Logic GDS salt spreader has proved to be an invaluable winter maintenance tool for many different customers in a huge variety of industry and municipal sectors.

Through its specific design for the UK market, which primarily uses road/rock salt, it provides a reliable and efficient method of application. In short, as testified by many satisfied customers, it works!

The GDS Gritter uses a moving-floor conveyor system similar to highway sized salt spreaders and gritters to convey the salt to the spinning disc system. The hopper will hold 465 litres (550kg- 600kg depending on moisture content) of road/rock salt and is capable of spreading all types of material, including wet rock salt, grit and sand. A unique agitation system and conveyor floor ensures wet or dry material can be spread effectively and accurately by a spinning disc. Working speeds of up to 15mph and road speeds between sites of up to 30mph mean wide areas can be gritted quickly and efficiently.

The GDS is built to withstand the harsh conditions which occur when using road/rock salt – the corrosive effects of salt can quickly bring equipment to a premature halt unless it has been designed to cope.
One of the major benefits of the GDS is that it can be towed behind any suitable towing vehicle, including  4x4s, pick-ups, UTVs or tractors.(For ATVs/quads see the GDS150 for a smaller capacity machine).This makes it  very quick to deploy at the first signs of bad weather and for winter gritting jobs it dramatically reduces the time needed to complete the task, when compared to the manual alternative of spreading salt or grit using shovels.

The GDS Salt Spreader has application rates of between 5 – 80 grams/sq metre. 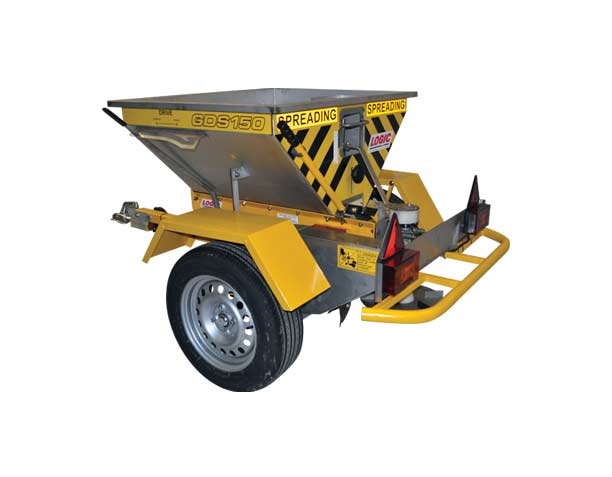 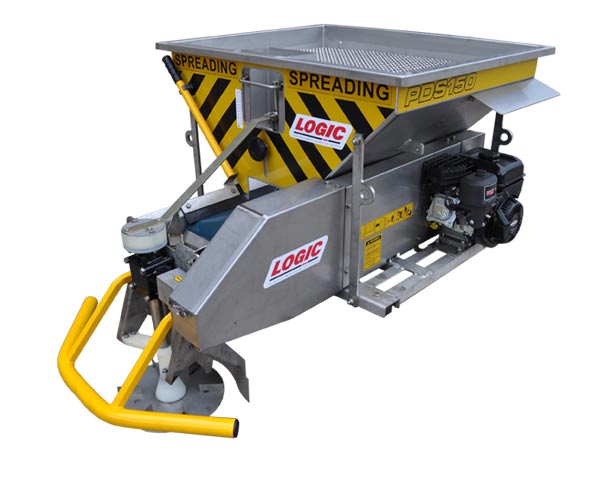 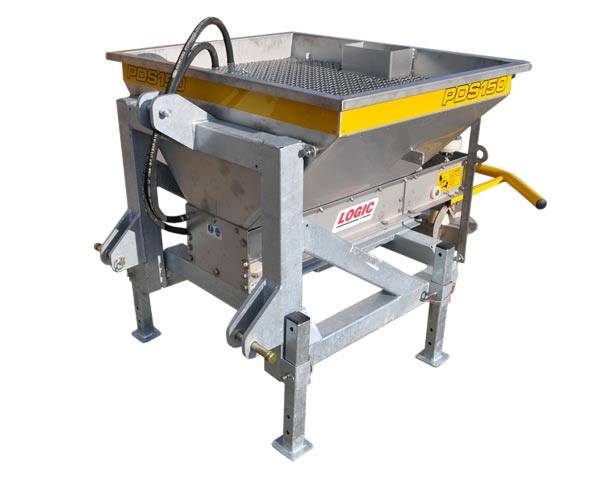 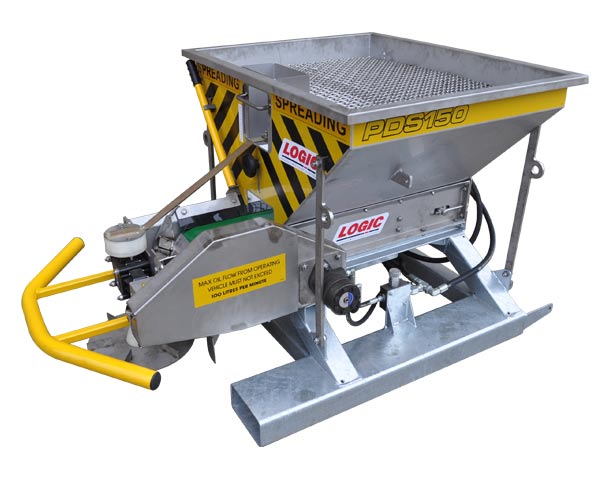 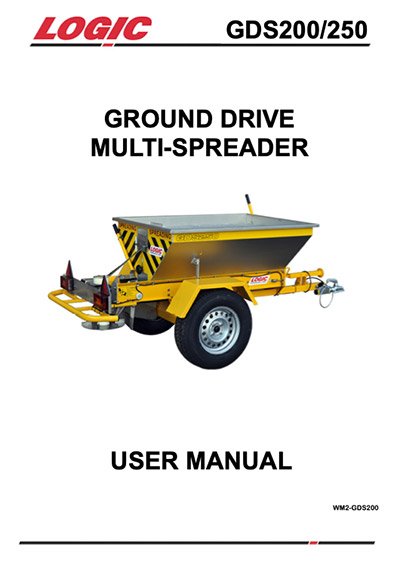 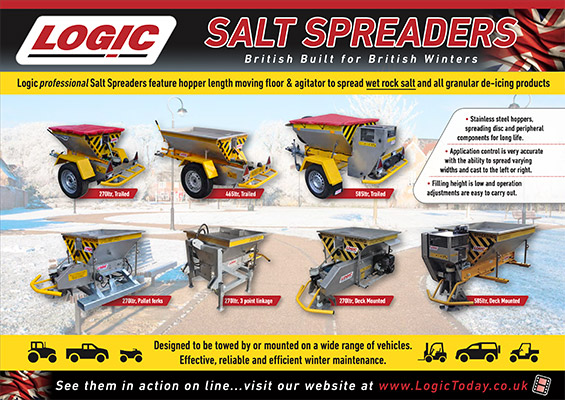 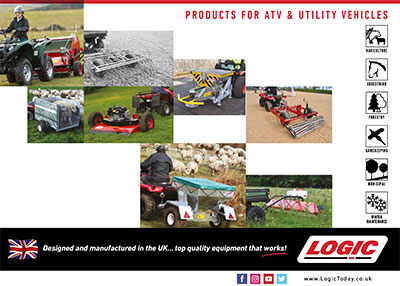